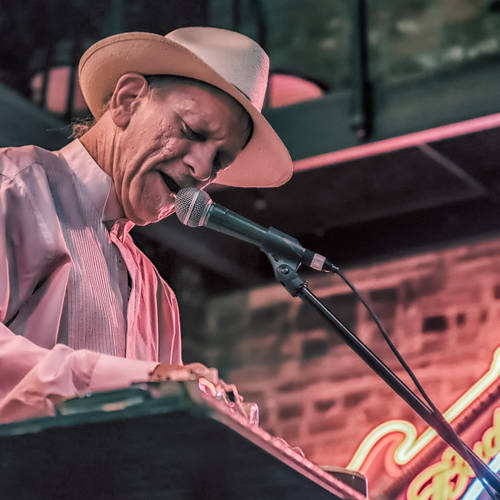 “FROM SIZZLING SLIDE GUITAR…TO NITTY-GRITTY HARP BLOWING…TO A GRUFF, RESONATING OKIE TWANG, SLIM DELIVERS ACUTELY PERSONAL WORKINGMAN BLUES WITH BOTH HANDS ON THE WHEEL OF LIFE, A BOTTLE OF HOOCH IN HIS POCKET, AND THE BIBLE ON THE PASSENGER SEAT.” - HARP MAGAZINE WROTE

Homans has been playing music professionally for over forty years and has shared the stage with other musicians such as John Lee Hooker, Robert Cray, Bonnie Raitt, among others. Along with playing onstage, Homans has appeared on several Blues albums through the years. Eventually, he would go on his own and create a few bands that would help bring his music to life.